Experiencing the loss of a pregnancy or the death of a baby is devastating. But you aren’t alone. Pregnancy and Infant Loss Network is here to help, with free group and individual peer-support services offered to families across Ontario.
Learn about our services

Learn more about us 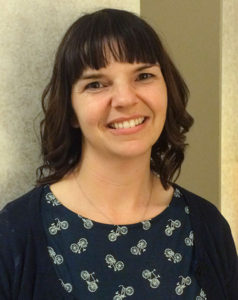 Edie Edwards learned she was pregnant in 2013. Despite wanting a child, she felt something different from the feelings most women experience. “It was an equal mixture of happiness and terror,” says Edie. “Happiness as we had longed for a child for so long, and terror as my previous pregnancy loss at 39 weeks still gripped me with pain.”

Edie’s first pregnancy was healthy and uneventful, until her regular weekly checkup at 39 weeks. During the ultrasound, no heartbeat was found in Edie’s son. It was determined he had his umbilical cord wrapped around his neck. She and her husband Dave named their baby Caden, a name they had been waiting to reveal to family and friends until after the birth.

“You are absolutely devastated,” says Edie. “You hear about miscarriage, late pregnancy loss and stillbirth. But until it happens to you, you have no idea,” explains Edie, who describes the care she had a Northern Ontario hospital as very compassionate. But once she returned home, Edie realized there were very few resources in smaller communities for women experiencing a loss.

Six months after the loss, Edie learned she was pregnant again. “I didn’t feel like the pregnancy was going to stick around,” she says. “The pregnancy itself was physically fine, but the emotional stuff was intense. Friends and colleagues who were also pregnant would say, ‘Oh, you’ll be on mat leave with me’. But I couldn’t go there, couldn’t let myself think of delivering a baby and having it all be okay. Look what happened the first time…”

Edie coped by doing everything different from her first pregnancy. With the first, her mother didn’t have a visit arranged until after her induction date. Now, a flight was booked for her to visit from British Columbia well before the due date. With the first, the baby’s name was kept a secret. This time, Edie and her husband announced their baby’s name, Dylan, in her first trimester. Edie delivered Dylan, a healthy little boy, on January 16, 2014.

When Dylan was about one year old, her husband’s friend started a PAIL Network support group in their community. Edie wondered if she really needed to attend the support group; she had her son, who was healthy and she was busy looking after. On a whim, she went to a support group. It didn’t take long to realize that despite having a healthy child now, she was still grieving the loss of Caden.

“There’s a hidden grief community of women not receiving the support they need,” says Edie. “My advice to women who have had a loss, and to their friends and families, is to do research to find out more about the types of supports. Fill out our PAIL Network request for support form online, talk to your healthcare providers, talk to friends and family. Accept help and be kind to yourself. You have just lost a family member, you have every right to grieve, and grieve in your own way.”

In the groups, Edie found a safe and warm space where women shared their stories, fears and more often than not, their guilt. Doubts about lifestyle, everything from guilt about what they ate, or a flight they had taken before losing the pregnancy. “I always reassure families firmly, “It is not your fault.”

A few months later, Edie began to run her own PAIL Network support group. Now she’s on the PAIL Network Advisory Committee and assists with one-on-one telephone support for families who have experienced a loss.